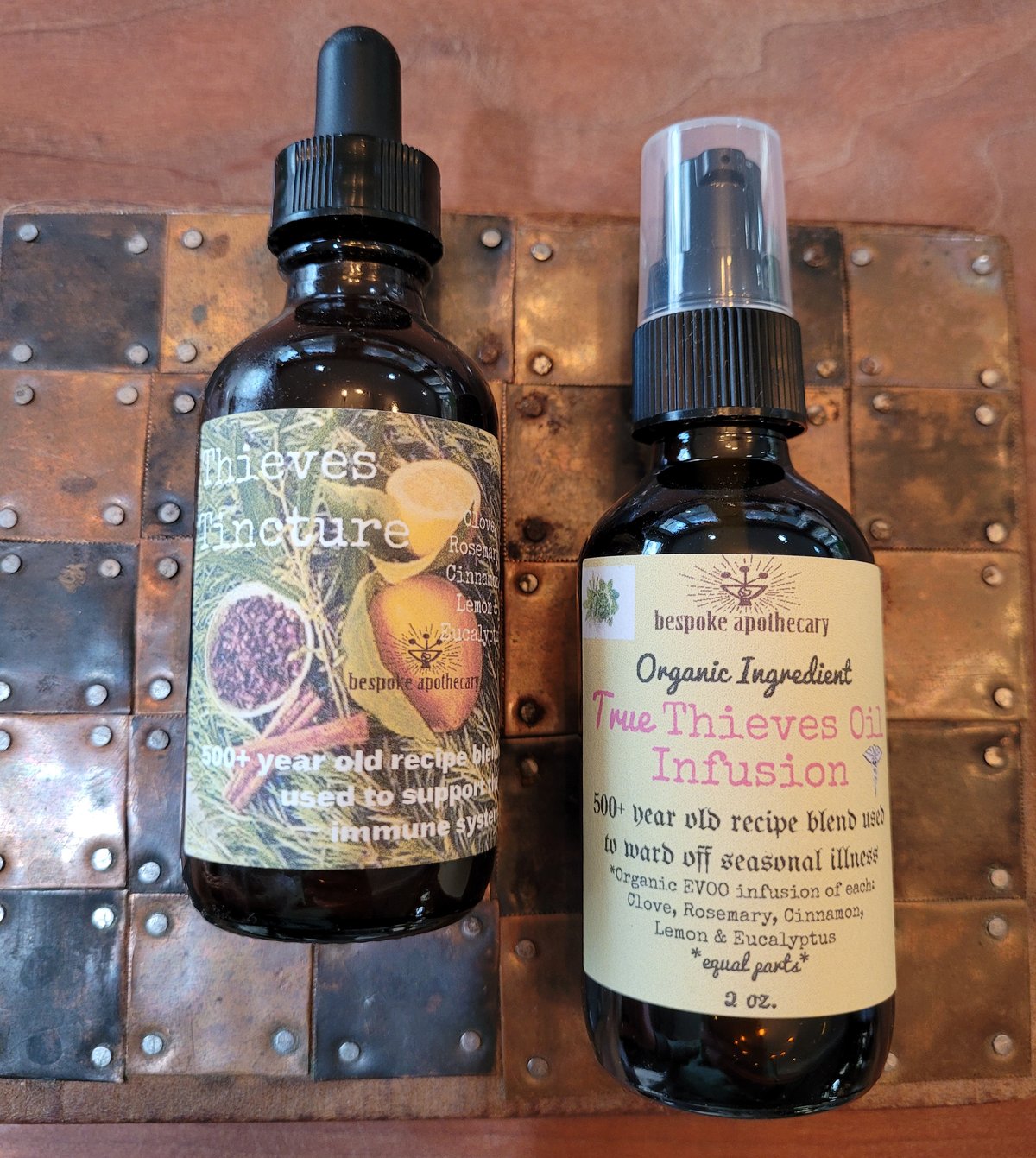 The legend behind the ancient recipe:

According to the long-told historic tale…. The use of thieves oil dates alllll the way back to the year 1413.  The time of the infamous Bubonic Plague (aka The Black Death) that devastated a large portion of France.
During this time, however, four thieves were captured and charged for stealing from the sick and dying.  The thieves never contracted the plague, despite the close contact with the Black-Death victims
At this time, the crime these 4 men committed was punishable by burning alive.  The judge was so intrigued by how these men had stayed immune to this terrible disease, that he told them if they shared their secret he would spare them of this punishment.

The Thieves told the judge their secret: they were perfume & spice merchants who were unemployed due to the closure of the sea ports and the devastation of the plague.  They had prepared an (essential) oil (or maybe more like a vinegar infusion, in those days) recipe that when applied to their hands, ears, temples, feet & a mask over their mouths, kept them safe from infection.

It is well know that the 5 herbs used are anti-viral, anti-septic, anti-bacterial, anti-inflammatory...all of it.  So using them to ward off viruses and germs only made sense.

We took it a step further and instead of steam distilling and only capturing the plant's scent and aromatic properties, we infused each of the 5 herbs in organic EVOO as well as made a tincture of each (the most powerful of all herbal preparations) and have a Thieves oil infusion to  s a f e l y  use topically or internally.
And the tincture could be used as a
p o w e r f u l preventative and during acute illness to superiorly support immune function.
(***NEVER-EVER ingest essential oils, but that is a whole other post)

We have had great reviews of each of these and have a fresh batch available. We have even combined to 2 online as a wellness kit and it's on sale this week!  ❤🌿

0
Your bag is empty
Start shopping